HomeBlogConsultingJust a Normal Day On the Job

Just a Normal Day On the Job 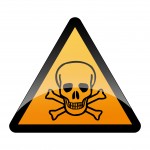 In America, on average 15 people a day die from workplace accidents. That adds up to roughly 5,475 fatalities a year from workplace accidents. We lost 57,000 American soldiers in Vietnam between the years of 1960 and 1973. In that same time frame 13 years we lost 71,175 Amercian workers. In that same time period we lost 653,000 lives in vehicle accidents. Another senseless loss of life comes in the form of hard working people trying to earn a living and being killed in the process. Of significant concern is that many of these workplace fatalities can be prevented.

According to the Census of Fatal Occupational Injuries issued by the Bureau of Labor Statistics, the daily deaths, on average, occur as follows:

This represents 15 people who won’t be going home to their families. This represents unnecessary loss of life. This represents a lack of leadership in workplace hazard analysis. OSHA has standards to prevent almost every one of the fatalities mentioned. There is no such thing as a normal day!