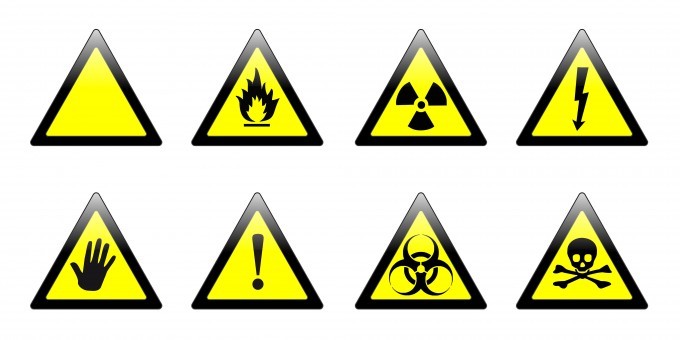 So what are the 10 Deadliest Occupations?  According to data from the U.S. Bureau of Labor Statistics (BLS), the workers most likely to be killed at work aren’t the ones donning bullet-proof vests to capture criminals or saving victims from fire-engulfed buildings. Instead, the workers most likely to die on the job are the ones who help provide us with our daily needs like a safe home, food and electricity.

The typical worker has a low risk of fatal injuries at work the fatality rate for all occupations is 4.1 per 100,000 employed. But these hazardous jobs, all of which had a minimum of 30 fatalities in 2004 and 40,000 people employed, are far riskier. The U.S. Bureau of Labor Statistics lists these occupations as 10 of the most dangerous in the nation:

Fatalities: 92.4 per 100,000 employed
Median Pay: $29,730
Logging and timber workers duties include cutting down trees and cutting and moving logs, providing the raw material for countless products. The nature of their work puts them at constant risk of being killed by heavy, falling objects.

Fatalities: 92.4 per 100,000 employed
Median pay: $129,250 may be much lower for commercial pilots.
Although aircraft pilots and flight engineers have one of the most dangerous jobs in the nation, don’t swear off air travel just yet. This category also includes commercial pilots of smaller aircrafts a€“ including crop dusters and air taxis a€“ that are far more likely to crash than your typical 747.

Fatalities: 86.4 per 100,000 employed
Median Pay: $24,100
Fishers endure storms, fog, wind and hazardous working conditions before bringing you the fresh salmon on your dinner plate. Perilous weather puts fishers at risk of drowning if their boat capsizes or they fall overboard. And if they suffer serious injuries while at sea, help isn’t readily available.

Fatalities: 47 per 100,000 employed
Median pay: $42,430
These workers climb dozens of stories to lay the iron and steel that form buildings, bridges and other structures. Despite strapping on harnesses and other safety gear, structural iron and steel workers face a high risk of fatal injuries from falls.

Fatalities: 43.2 per 100,000 employed
Median pay: $25,760
When refuse and recyclable material collectors take away your trash, they risk traffic accidents and fatal injuries from explosions of hazardous materials. According to a University of Miami study, the leading cause of on-the-job fatalities for these workers is impatient motorists who try to pass the garbage truck and hit the driver.

Fatalities: 37.5 per 100,000 employed
Median pay: $40,440
Farmers and ranchers raise animals and plant, cultivate and harvest crops used to produce our food. However, the tractors and machinery used by these workers can be very dangerous: Non-highway vehicle accidents accounted for 40 percent of occupational fatalities for farmers and ranchers in 2004.

Fatalities: 34.9 per 100,000 employed
Median pay: $30,840
When these workers climb atop your house to build or repair your roof, they risk slipping or falling from scaffolds, ladders, or roofs, or burning themselves on flammable, toxic materials.

Fatalities: 30 per 100,000 employed
Median pay: $49,100
When your lights go out, line installers and repairers climb power poles and towers to get your electricity up and running. Power lines are typically high off the ground, so workers are at high risk of injury due to falls. Plus, these workers are often at risk of electrocution from contact with the high-voltage power lines.

Fatalities: 24.2 per 100,000 employed
Median pay: $19,570
The dangers of shuttling around patrons go far beyond highway crashes. Taxi drivers, who often work alone and carry large amounts of cash, may also find themselves victims of robbery and homicide.